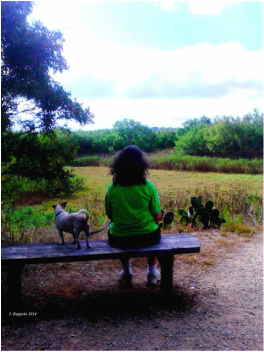 I grew up in the Texas Blackland Prairie region. No, not "Little House on the Prairie", but pretty close to it.
My hometown was small. Businesses closed early and the only entertainment after that was hanging out at the local Dairy Queen, or paying a visit to the video store just a few blocks away--but I loved it.

It's often said, "It takes a village to raise a child", and that seemed to be my community's motto. The grownups knew all the local kids, and word of what we did, or didn't do, reached our parents' ears long before we stepped into our homes.  It seemed overly restraining at the time; but now I'm grateful for all those people's concerns.  It partially made me who I am today.
Like my character "Amelia", I've always had a very active imagination, which sometimes drove my parents and teachers nuts.  When I was a child, I dressed bantam chickens in doll clothes and had tea parties with them.  Imagine my mother's horror when she caught me eating "Purina Chick Starter" and sharing a water dish with my rooster.
There were fake marriages in the bushes during kindergarten recess. In third grade I went home with bruises and scrapes because I believed "Wonder Woman" had donated her powers to me, and I could take flight off the top of the jungle gym--the very top.
I loved horror movies, but at the slightest creak or pop, I raced through the house, slamming closet doors.  I believed the closet would suck me into some strange world, and I'd never see my pets or family again.  Don't you love how I put my pets first?
You'd think someone with that kind of imagination would always want to be a writer, but I didn't. I like to spin stories in my head, but sitting down and writing them was too time-consuming, and there were too many adventures to have.  I wanted to be a vet instead.
Events have a way of changing the mind, and the vet dream faded during my college years when my palomino mare showed up at the barn with huge gashes and scratches on her.  The vet offered a simple solution--I was to peel the scabs off the horse every day and wash it with a weak solution of Dawn dish soap and water.
Sounds simple, right?  I almost passed out the next day when I heard the sound of the first scab peeling off the hair.  My mother finished the job that day (and for the next week) and my dreams of being a famous animal surgeon disappeared faster than the water on the parched ground.
After I attended Saint Edward's University, my writing career began with the publication of "Some Snowballs Don't Melt" in Chicken Soup for the Dog Lover's Soul.   (2005).  Since then I've been published in national/regional magazines, newspapers, and a few more of the Chicken Soup series.
Amelia Frump and her Peanut Butter Loving, Overactive Imagination is my first children's book.  I patterned the character "Amelia" after my own childhood.
I am a field editor for Taste of Home magazine, and an award-winning writer and  baker.  Married for over twenty-two years, I live in the Texas Hill Country with my husband.  I'm the zookeeper of a cat, one hyper Jack Russell/Chihuahua, a couple of rabbits, and my two boys.

In my spare time,I enjoy tormenting my children by dancing in the aisles of grocery stores to Muzak.

Facts at a glance:

Texas Parent to Parent's 2012
co-Volunteer of the Year 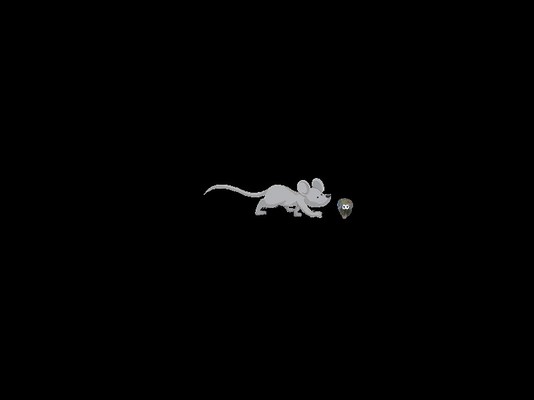